Grant Feasey from AES Solar, based in Forres, Scotland, was recently selected as an Engineering finalist in the Young Professionals Green Energy Awards. The awards, which will take place in Glasgow on May 26, showcases the enormous range of young talent in the renewable industry. 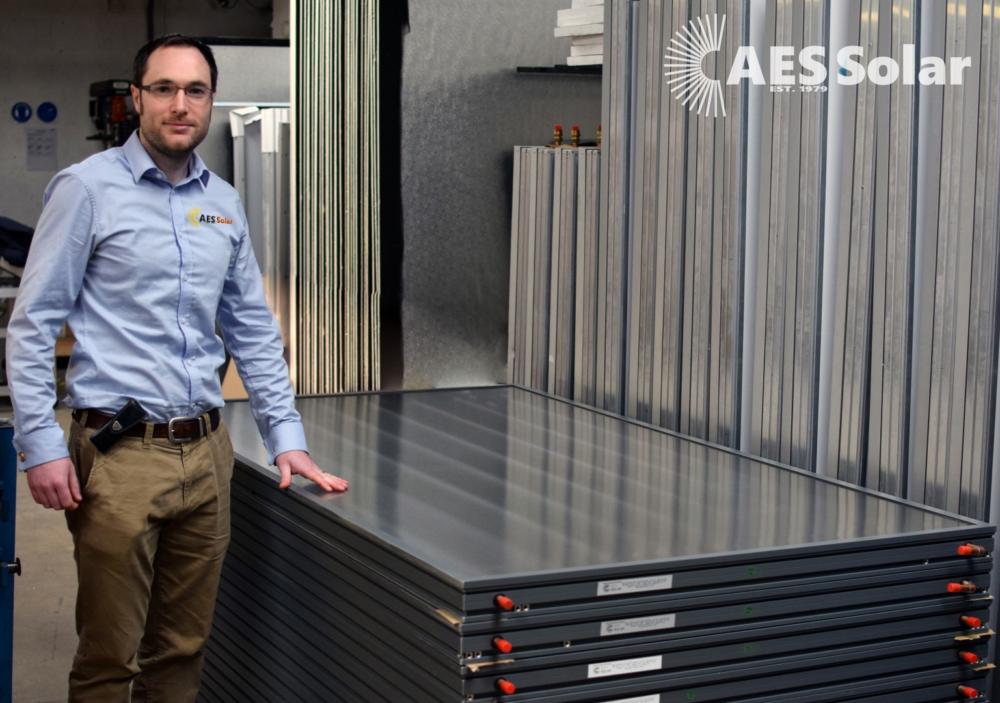 Grant with the AES Supremacy

After joining AES Solar as a graduate in 2011, Grant has worked his way up and is now the Senior Design Engineer at the company. Grant was responsible for the successful development of the latest Solar Thermal product launched by AES Solar, called the AES Supremacy. The AES Supremacy is an engineering triumph, simultaneously efficient, versatile and attractive.

AES Solar MD, George Goudsmit said: “We are so pleased that one of our Engineers was selected for this prestigious award. It is a demonstration of the importance of nurturing the young talent that we have here in Scotland.”

Grant Feasey, said: “I am delighted to be a finalist in the awards. I put a lot of work into the design of the AES Supremacy to make it one of the best on the market. I am also thankful to AES Solar for the support they have given me, as arguably without this guidance I would not have been short-listed.”

Niall Stuart, Chief Executive of Scottish Renewables, said: “There are some incredibly capable and talented people working in Scotland’s renewable energy sector and the Young Professionals Green Energy Awards have been designed to recognise that.”

“The quality and quantity of entries received this year were again particularly impressive. The fact that the people whose achievements are celebrated here are only at the start of their careers, and the calibre of the shortlisted nominees, promises well for the future.”

Sonia Dunlop, spokesperson for the Solar Trade Association said: “The Solar Trade Association is delighted that Grant Feasey from AES Solar has been nominated for the engineering award. Solar thermal is a Made in Britain technology and his work is a great example of the research, development and innovation that is going into solar thermal across the UK. Research done here in Britain – and in Scotland – leads to UK patents and UK exports. We hope this will inspire both the Scottish and Westminster governments to continue to back solar thermal as a key technology for greening our heat and hot water demand.”