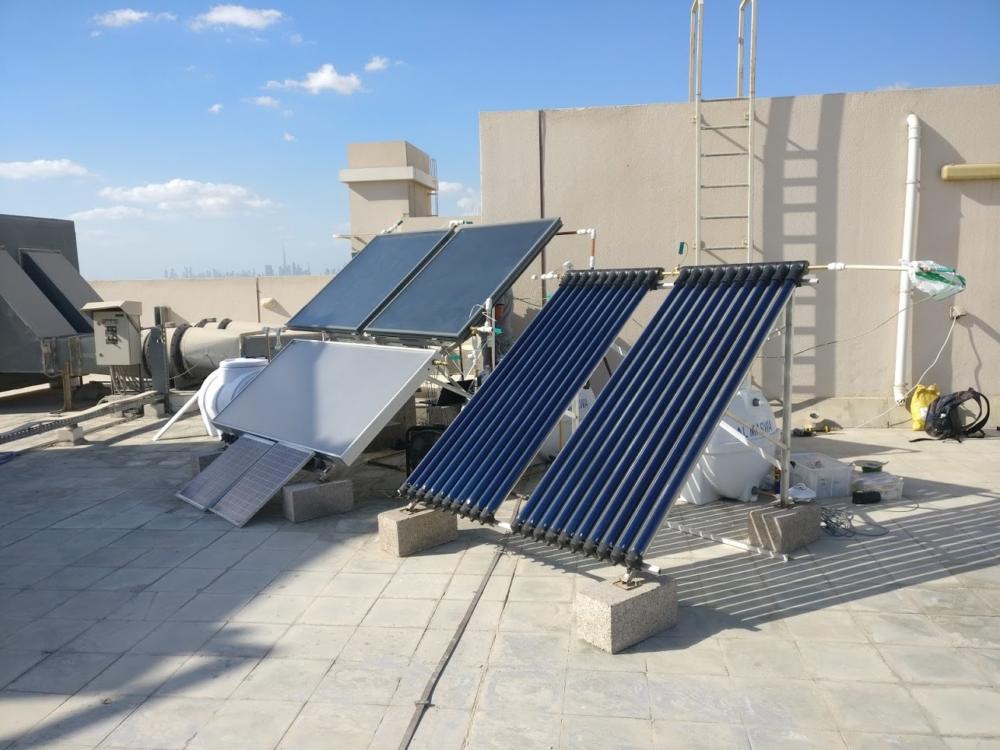 The test rig set up in Dubai

AES Solar has completed its second international research project of the year, testing its products in extreme weather conditions. Solar panels made by the firm have been tested in the heat of Dubai and a deep freeze facility at Heriot-Watt’s campus in Edinburgh.

AES Solar were chosen to lead the project which involved designing, manufacturing and testing solar thermal collectors in order to improve performance efficiency and reduce costs.

Josh King, Design Engineer and Operations Manager at AES Solar led the project together with partners Soltropy and Heriot-Watt University.

After returning from Dubai last week Josh said: “The design and manufacture of the collectors were completed in Forres with testing of the system taking place in Dubai. Although there is no doubt the potential for solar energy in Scotland is huge, however Dubai offered the optimal conditions for testing solar technologies over a brief timescale.”

The team spent nine days in Dubai testing the performance of the product, following testing within the deep-freeze facility at Heriot-Watt University.

Josh added: “It’s hard work for a Scotsman to spend a day on a sunny roof in Scotland never mind Dubai. Now just the task of analysing the hundreds of hours of data to identify if we have meaningful results”.

Dr O’Donovan who is also Director of the Scottish Institute for Solar Energy Research (SISER) said: “This project is a fantastic example of how industry and academia can work together to deliver high impact research. Working with AES Solar and Soltropy has been a thoroughly enjoyable and rewarding experience. I am confident this work will improve the competitiveness of their technology in home and oversea markets.

AES Solar’s expertise in low-carbon innovation will be advantageous as the Scottish Government draft budget promises commitment to renewable energy.

AES Solar’s Commercial Director Jamie Di Sotto welcomed the commitment. He said: “The Scottish Government appear fully committed to the decarbonisation of the heat sector. Solar thermal can play its part in addressing fuel poverty and climate change. We look forward to the release of the draft Energy Strategy”.

Earlier in the year, AES Solar was chosen to work on multi-national project Heat4cool, which aims to create a fully integrated renewable energy system.