Travelling the world, record enquiries and exciting new projects – a year in the life of AES Solar 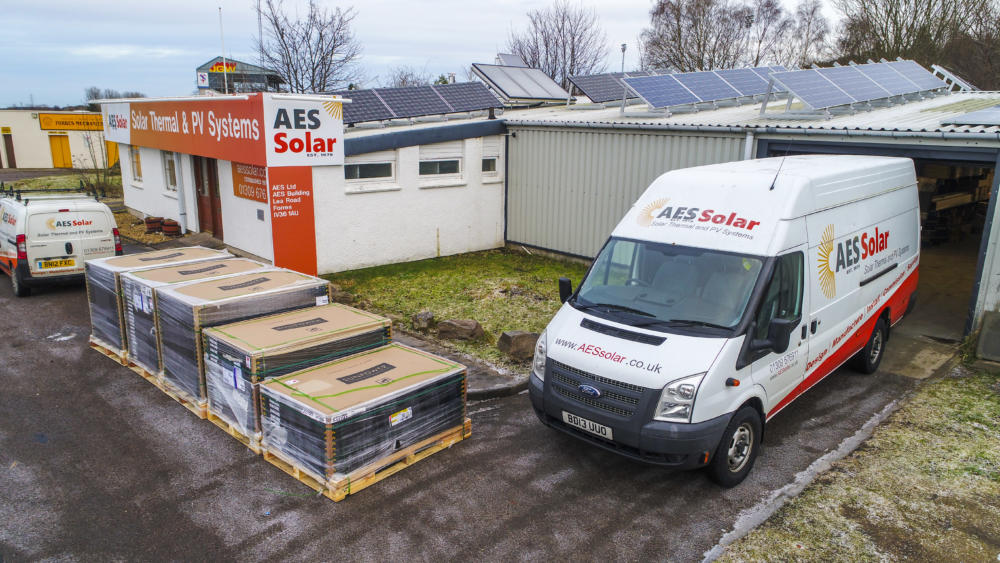 This year has been a great one for AES Solar with many new and exciting customers and a record amount of enquiries – a proud achievement for our team and gives us ambition to grow even further in 2018.

Over the past 12 months, we have seen an uptake in solar thermal systems. This is the technology that heats your water directly, rather than providing electricity (solar PV). We are still the only manufacturer of solar thermal panels in Scotland and the longest established in Europe, having been in business now for nearly four decades.

On the Solar PV side, we’ve seen people using more of their roof space and buying larger systems. The standard 16-panel system is becoming less and less common now, particularly as we focus on helping customers maximise their available space and get the most out of their solar panels.

Battery storage has come of age in 2017 and has proved popular with customers looking to be energy independent and protect themselves from increases in the price of electricity. Tesla launched its PowerWall 2 with increased capacity, and we have installed a number of these this year, giving consumers the ability to store their solar energy to be used at times of high demand. 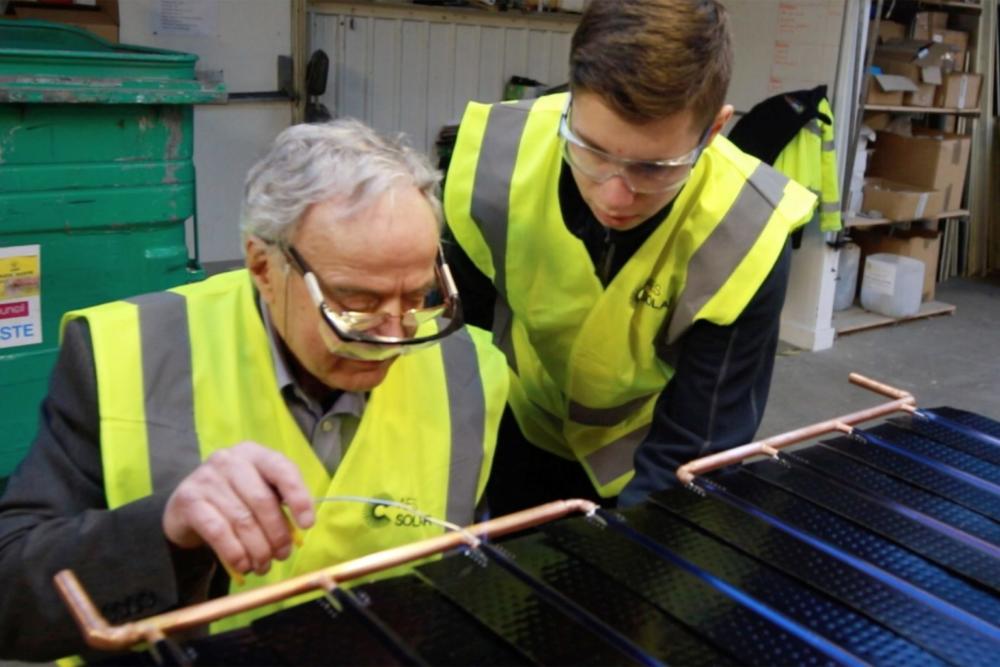 This saw us take an active role in Scottish Apprenticeship Week which was supported by Developing the Young Workforce Moray.

The three modern apprentices employed at the time have now completed their studies and work full-time at AES Solar. 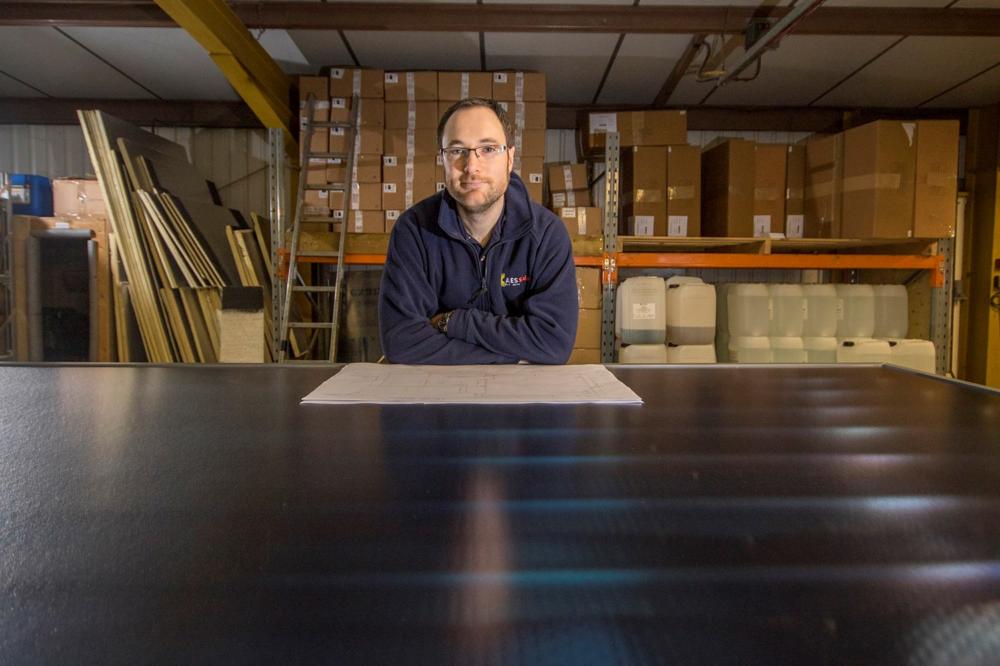 AES Solar has become the only company of its kind in Europe to be selected to work on an EU wide project which will promote the development of renewable technology.

The company was given funding to provide its expertise in the design of solar thermal and solar PV systems. AES Solar’s senior design engineer Grant Feasey is leading the project.

AES Solar got accreditation from The Living Wage Foundation.  This means that all employees get the mandatory hourly pay, which is much higher than the national minimum wage. 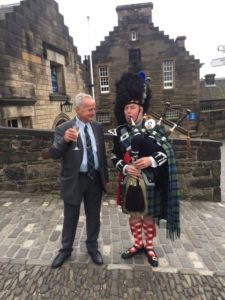 It was a busy year for AES Solar getting out and about.

We sponsored PLEA 2017 a conference that is attracted over 700 delegates from 50 different countries. It focused on Passive Low Energy Architecture, and took place in Assembly Rooms and the Royal Society of Edinburgh in the heart of the capital in July.

AES Solar took its expertise to Piping At Forres in an Interactive Science Tent, bringing popular science to crowds of thousands on one of the busiest events in the north of Scotland. 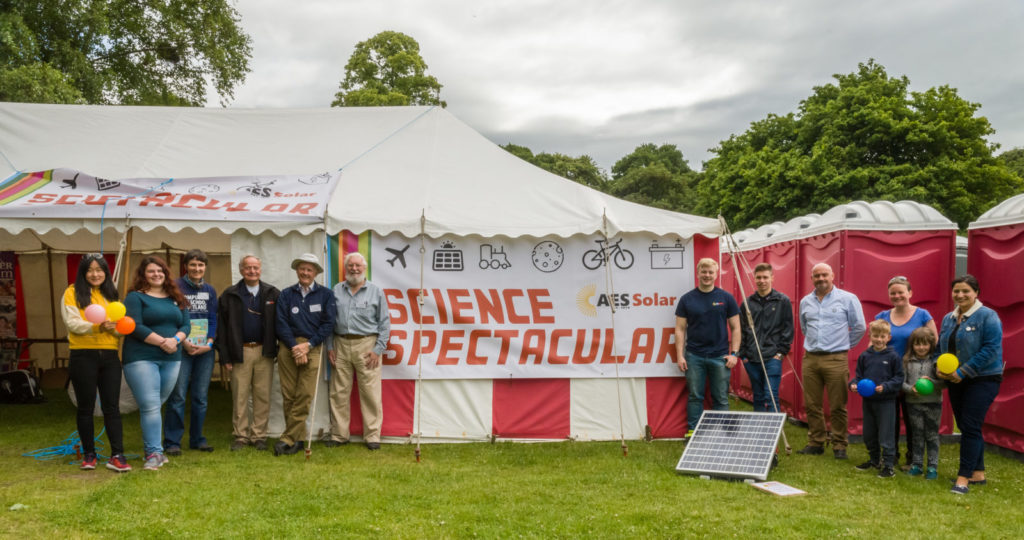 And we were a ‘driving force’ behind a ground-breaking adventure which took the challengers 10,000 miles across Europe, Kazakhstan, Mongolia and Russia – in an electric car. The company sponsored  Plug in Adventures’ challenge to complete the Mongol Rally in an electric vehicle. 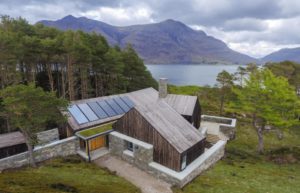 We installed an off-grid, combined thermal-PV installation at this stunning west coast location

AES Solar was nominated for a national award for its installation on an energy efficient new build in the north west Highlands. The company was shortlisted in the Residential Solar PV Project category in the Solar Power Portal Awards.

AES Solar’s Jordan Steele featured as a role model in a film promoting the importance of apprenticeships. The promotional film for the Your Life campaign aims to ensure the UK has the maths and physics skills it needs to succeed in today’s economy. 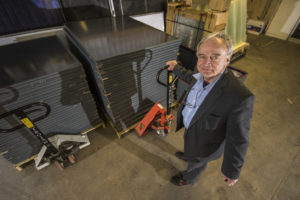 While we were busy making and installing solar panels, we were also busy making news and this year we were featured in several national and local newspapers, who reported on our projects and ventures.

I urged motorists to be one step ahead of the renewables game following the Scottish Government’s announcement that it is committed to electric vehicles by phasing out petrol and diesel cars by 2032.

We made front page news after setting up a helpline for people who may have fallen victim to scammers offering unrequired upgrades, fixes and maintenance to solar panels. AES Solar was applauded by MSP Richard Lochhead for the initiative.

In signing off for the Christmas holidays and the end of 2017 I wish to pass on my gratitude and thanks to a wonderfully talented team of staff we have at AES Solar. We are embracing innovation and new technologies and we are always pushing to be at the forefront of everything related to solar energy.

Thank you also to all new and existing customers, our ultimate aim is to delight our customers and provide a customer service journey like no-one else in the solar industry.